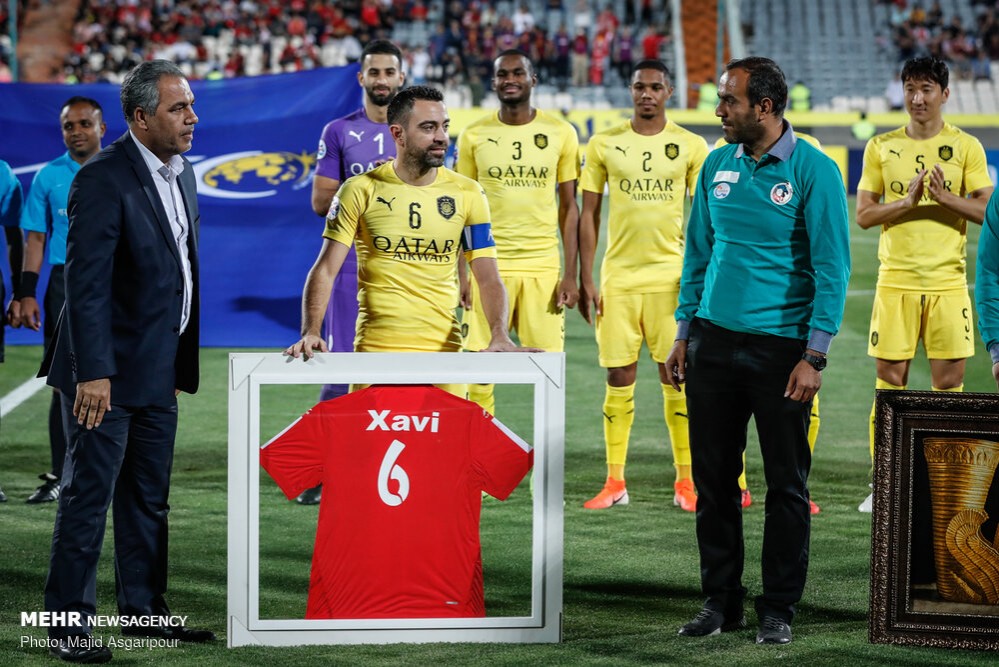 The Spaniard brought an end to his 22-year career which saw him win 32 titles, the last of which was the 2018-19 Qatar Stars League.

Ahead of the match against Al Sadd in Group D of the 2019 AFC Champions League in Tehran's Azadi Stadium, the Iranian team’s officials handed the jersey to the player.

The 2010 World Cup-winner will replace Manuel Jesualdo Ferreira as Al Sadd next year head coach and is excited to see "what the future holds".

The midfielder - who scored 13 goals in 133 appearances for Spain - left Barcelona in 2015 and joined Al Sadd on a three-year contract.

He will continue his work with Generation Amazing, a Qatari program created "to ensure the 2022 World Cup leaves a human and social legacy".